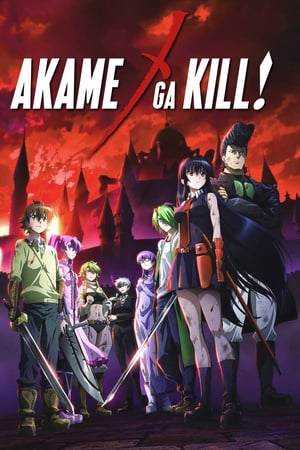 TV Series: Akame-ga-Kill!-(2014)[61223] In a fantasy world, fighter Tatsumi sets out for the Capitol to earn money for his starving village, and finds a world of unimaginable corruption, all spreading from the depraved Prime Minister who controls the child Emperor's ear. After nearly becoming a victim of this corruption himself, Tatsumi is recruited by Night Raid, a group of assassins dedicated to eliminating the corruption plaguing the Capitol by mercilessly killing those responsible.

Written by ZeBlah - January 14, 2020
Sad story, some scenes a bit too strong for my taste, protagonist doesn't seem to excel in anything, characters aren't very special respectively I don't think that they evolved much during the season. Didn't like it.

Seraph of the End